The Region 5 IEEE Annual Meeting and Student Conference is 19-20 April in Tulsa, Oklahoma.  Information will again be posted to http://www.r5conferences.org/.  I will place these main rules in the IEEE On-line Community as well.  The Robotics Rules have been finalized and they are here. If you have any technical question or need for rules interpretation, please contact

For all other matters related to the robotic competition please contact the robotics chair,

A small group of electrical engineers from Toronto, Canada, are creating an collaborative editor for drawing circuit schematics. Upverter runs entirely in-browser (no need to download and install any programs), and will allow users to work on a schematic at the same time as other users. While you can’t perform any simulations on the schematics within the editor, it is very useful for prototyping and sharing your ideas. If that sounds interesting to you, go to http://upverter.com/ and sign up for a free account to try out the Beta.

For a slightly more in-depth explanation and a video interview with one of the creators, check out this IEEE Spectrum article: 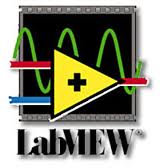 IEEE has partnered up with NI to make their software available to students at a highly discounted price. In addition, NI has developed a structure to allow students to become experienced in its use of LabView. One such way is to become an NI Student Ambassador. Information about this position can be found here.

If you do become the Ambassador for LSU, please let the the IEEE student branch know and also the EE Department advisers. We will work together to develop training modules for all EE students at LSU.

Includes travel grants for the SC11 supercomputing conference in Seattle, WA, on November 12 – 16, 2011!

XSEDE is a five-year, $121 million project supported by the National Science Foundation that replaces and expands on the NSF’s TeraGrid project. More than 10,000 scientists used the TeraGrid to complete thousands of research projects, at no cost to the scientists. XSEDE continues that same sort of work — only in more detail, generating more knowledge, and improving our world in an even broader range of fields. You can become involved in XSEDE, too, if selected as a Scholar.

Underrepresented minority undergraduate or graduate students interested in the computational sciences are especially encouraged to apply for the year-long program.

Questions about the XSEDE Scholars?

The Extreme Science and Engineering Discovery Environment (XSEDE) is supported by the National Science Foundation.

Find out more about XSEDE at https://www.xsede.org/

ALL YOUR LAN PARTY ARE BELONG TO US!

ACM@LSU will be hosting their third annual LAN party in Tureaud Hall on September 24th, 2011, from 6:00pm till the last Pylon falls.

Please go to https://acm.lsu.edu/wiki/LAN_Party to find more information and register for the event.

Local 13 year old Web development firm is seeking a full time experienced PHP programmer. Applicants must have the ability to design, plan and see projects through completion. In addition, the applicant must be driven, innovative and have a thirst to learn new technology. Excellent verbal and written communication skills are imperative.

This is a full-time on-site position available immediately. Part-time and freelance consultants will not be considered for this position. Applicants must include a resume and a written summary of at least 2 completed projects-webdevelopment or custom software. If interested apply to job-g3bxb-2582032019@craigslist.org. You can find the online posting at http://batonrouge.craigslist.org/sof/2582032019.html.

Pixel Dash Studios, an independent game development studio in Baton Rouge, is hiring contract programmers and programming interns.  At Pixel Dash, you will have the opportunity to work with a team of experienced professional developers on a variety of different game projects for platforms such as iOS, Android, Web, and PC.  We offer the opportunity to choose your own hours and also to work remotely.

We are looking for smart, talented individuals with exceptional programming abilities.  Whether student or professional, you must display knowledge of object oriented programming, good programming practices, and an aptitude for problem solving.  You must be able to learn new programming languages and technologies quickly as these may vary based on the needs of the project.  We do not require experience with any particular language or technology, but experience in the following will be a plus:  C#, Unity, Flash, Unreal, Objective-C, iOS, Android, Facebook SDK.  We also prefer individuals that are passionate about playing and making games.

Go to the following page for instructions on how to follow us on Google Calendar or any other program/device which can read the iCalendar format.